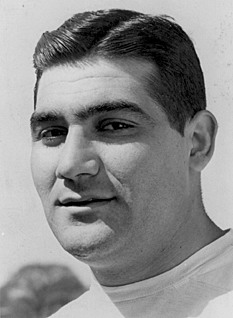 Alex Sarkisian's story is one of true American grit. The Sarkisian family left Armenia, traveled through Turkey, and came to America. While in Constantinople (now Istanbul), Turkey, Alex was born July 13, 1922. Then he, his older brother, and his parents proceeded to America. They settled in East Chicago, Indiana, where his father had a job working for Inland Steel.

Alex attended Washington High School in East Chicago and played center and fullback on the football team. In 1940 he enrolled at Northwestern University. He left school to join the U. S. Army, returned in 1946, played one year under Lynn Waldorf and two years under Bob Voigts. He was a center and linebacker and made All-America in 1948. That year he was Northwestern's captain. Voigts remembers Sarkisian's great leadership with this story:" We were playing Minnesota and got behind 16-0. Alex called the players together and said, 'We are going to win. Anyone who doesn't think so can get off the field right now.' We won 19-16."

The 1948 Northwestern team went to the Rose Bowl and beat California 20-14. Sarkisian, who played at 215 pounds, stood 6'1" in height. He served the years 1949-54 as an assistant coach at Northwestern. He finished his bachelor's and master's degrees, and in 1955 he returned to his alma mater, Washington High in East Chicago. He coached football and wrestling, taught speech classes, and coached the debate team. Then he moved to the East Chicago Public School System as coordinator. He retired in 1994. East Chicago was always his home; that's where he and his wife, Ann, raised their four children -- Alex, Alexis, Leon, and James. 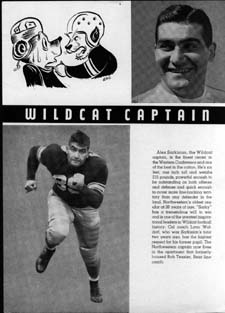 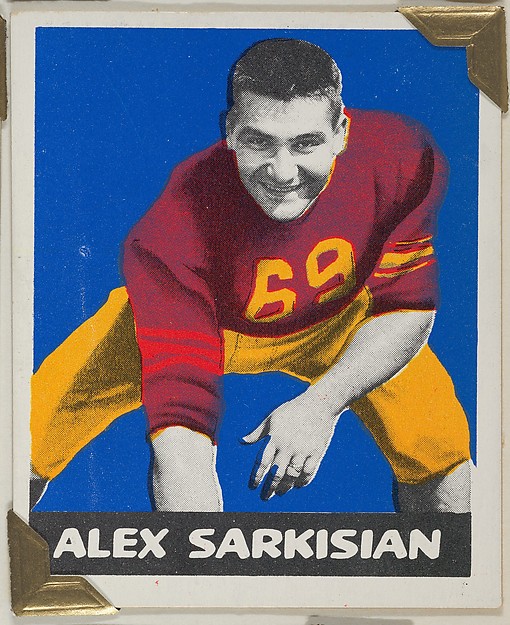