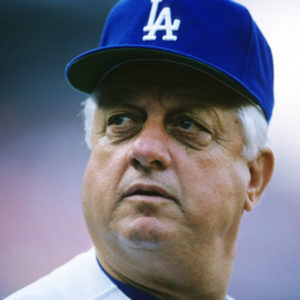 For more than three decades, he has been the face of the Los Angeles Dodgers.  And after more than sixty years in the Dodgers’ organization, Tommy Lasorda remains the embodiment of Dodger Blue.

Lasorda, who managed the Los Angeles Dodgers from 1976-1996, was inducted into the National Baseball Hall of Fame in 1997 by the Veterans Committee following a career where he won 1,599 games, two World Series and two more National League pennants – all with the Dodgers.

Lasorda made his major league debut on Aug. 5, 1954 with the Dodgers. He played for the Dodgers for two seasons before being traded to the Kansas City Athletics, where he pitched for one season.
After the 1960 season, Lasorda ended his playing career in pro ball and became a scout for the Dodgers until 1965. He managed in the minor leagues from 1966-72, and in 1973 Tommy made his way back to the big leagues as a third base coach for the L.A. Dodgers under another future Hall of Fame manager – Walter Alston. Alston retired in 1976 after 23 years with the Dodgers, and Lasorda took the reins.
By 1978, he had led the Dodgers to two straight National League championships, and became the first NL manager to win pennants in their first two seasons. After losing to the Yankees in both the 1977 and 1978 World Series, the Dodgers went on to win the World Series over the Yankees in 1981. They defeated the A’s in 1988 to give Lasorda his second World Series title.

After retiring in 1996, Lasorda stayed busy working in baseball. In 2000, he managed the U.S. Olympic Baseball Team to a gold medal in the Sydney games. 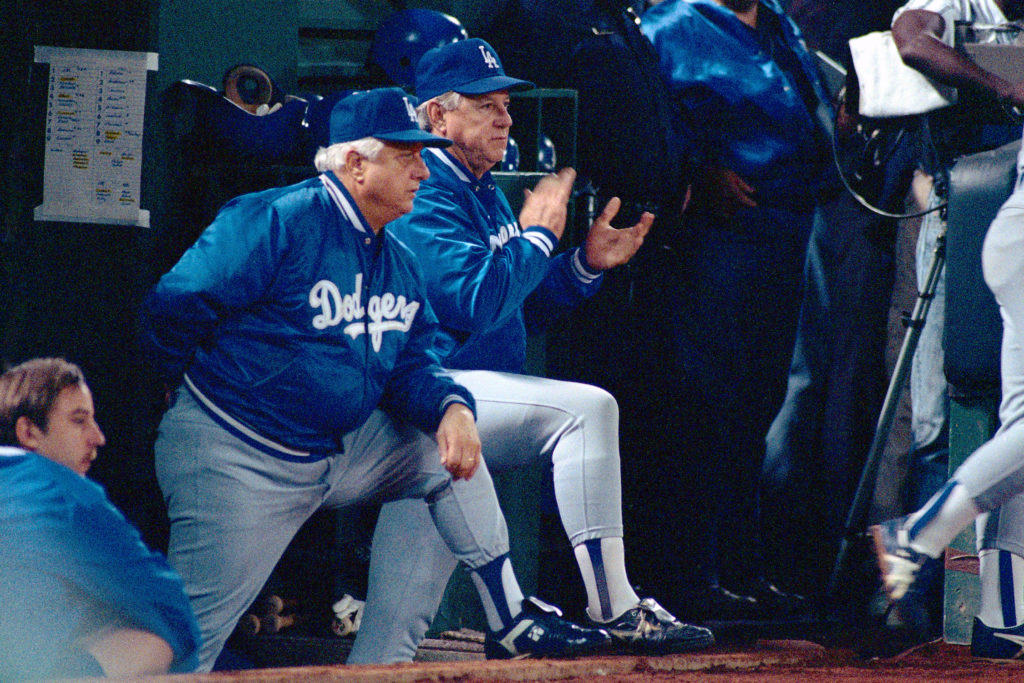 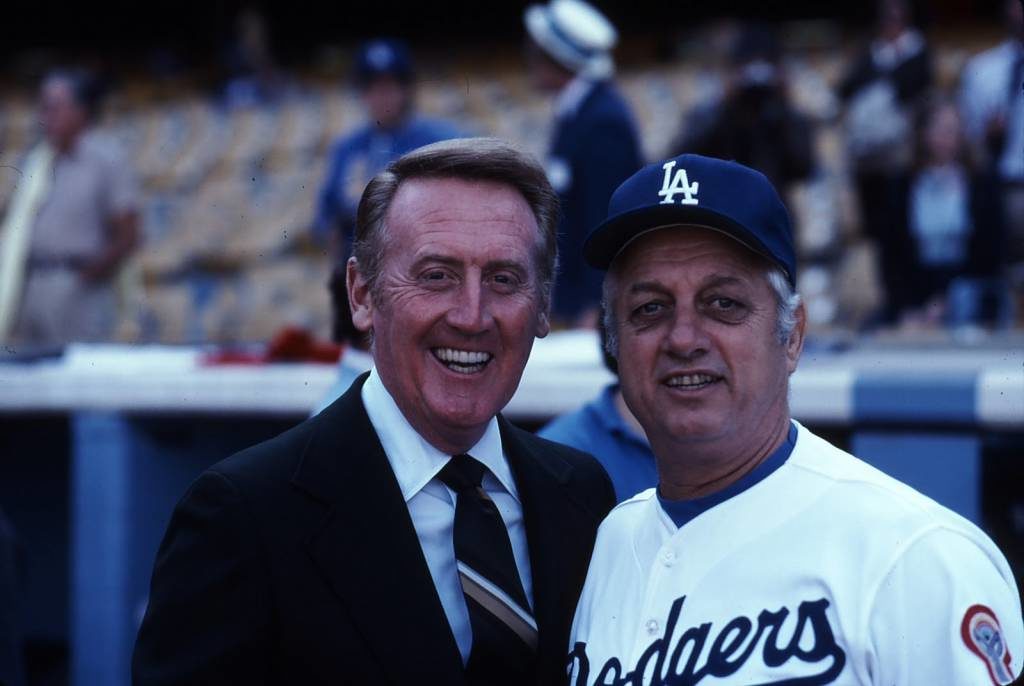 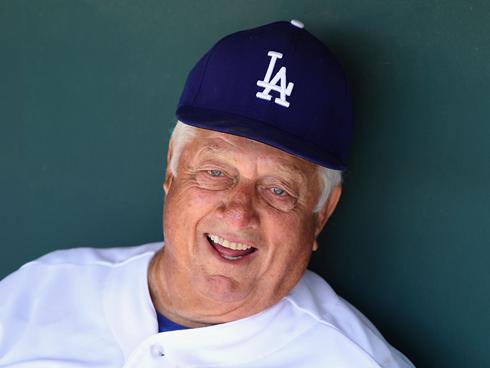 Lasorda said. “How can you get burned out doing something you love?”