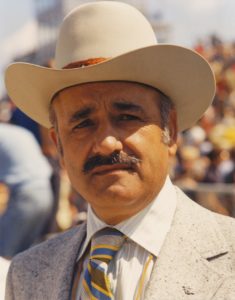 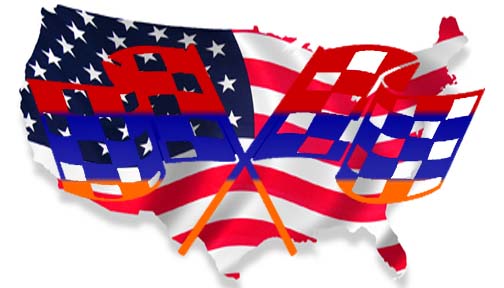 Agajanian was born in San Pedro, Los Angeles, California, just six months after his father had immigrated to the United States, with his entire family, including some cousins, out of war-torn Armenia. He grew up a hard-working young man in the family's refuse collection and hog ranching businesses, which Aggie would later oversee.

At 18, Agajanian had saved enough money to buy a race car. When he told his father that he was going to become a race car driver, the elder Agajanian's reaction was not what young Aggie had hoped. Looking at the car in the garage, his father said to J.C., "So, you are going to be a race driver, that's fine. Just a few things I want you to do first. Go kiss your mother goodbye, pack your bags since you won't be living here anymore and while you're at it, change your name."

The racing game was brutal in the 1930s. Drivers were dying almost every other week on the dirt ovals of Southern California and Agajanian's father understandably did not want his son to become another statistic. A compromise was settled upon: J.C. could keep the car, but only in the capacity of an owner. J.C. agreed and at 18 became perhaps one of the youngest car owners in automobile racing.

While Agajanian never achieved his childhood dream of becoming a race driver, he did almost everything else, from promoting races to building cars and discovering drivers.

While promoting a race under the blazing desert sun in Arizona, Agajanian purchased a Stetson cowboy hat to protect his head, and thereafter he was rarely seen without one. His trademarks were his Stetson hat and high-heeled boots made especially for him in Spain.

He was the Armenian heir to a fortune built on pig farming and garbage collection. J.C. was partial to the number "98" and used the number on his Indianapolis, Sprint and Midget cars, a tradition which has continued for generations in the family, including three Indianapolis 500 wins, including the ownership by J.C. in 1952 with driver Troy Ruttman and 1963 with driver Parnelli Jones and co-ownership by son Cary and business partner Mike Curb with Bryan Herta Autosports in 2011 with driver Dan Wheldon and 2016 with driver Alexander Rossi.

He was instrumental in the development of the air jack for faster tire changes at Indianapolis and in the 1930s was president of the Western Racing Association.

Agajanian also gained fame for a moment of quick thinking that may have saved victory for Parnelli Jones at Indianapolis in 1963. With the race in its waning stages and Scotsman Jim Clark closing on Jones, it became apparent that the Agajanian Willard Battery Special had developed a serious oil leak (something that USAC starter Harlan Fengler had specifically warned teams about in pre-race meetings). When Eddie Sachs crashed — allegedly in oil laid down by Jones' number 98 — Agajanian rushed up to the starter and argued that the leak was stopped, because it had dropped below the level of the crack. By this time, Lotus team owner Colin Chapman had joined the confrontation, demanding that Fengler back up his threat to disqualify cars leaking oil. By the time Jones came around again, the argument was settled. Agajanian's car stayed in the lead, and held it to the end. Chapman and the Lotus engine builder Ford were furious over the result which remains controversial to this day, although they declined to protest as Jones' car (nicknamed "Calhoun") had been the fastest in the race. Many experts believe that USAC officials were biased against Clark and the rear engine Lotus, and that had it been an American driving a roadster in second place at the time Jones would have been black flagged. 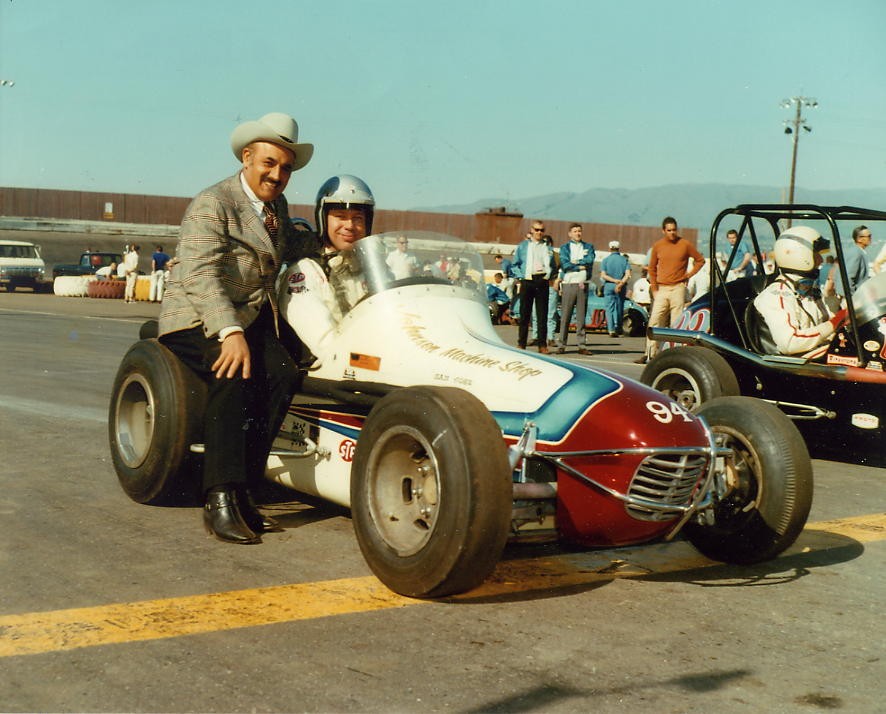 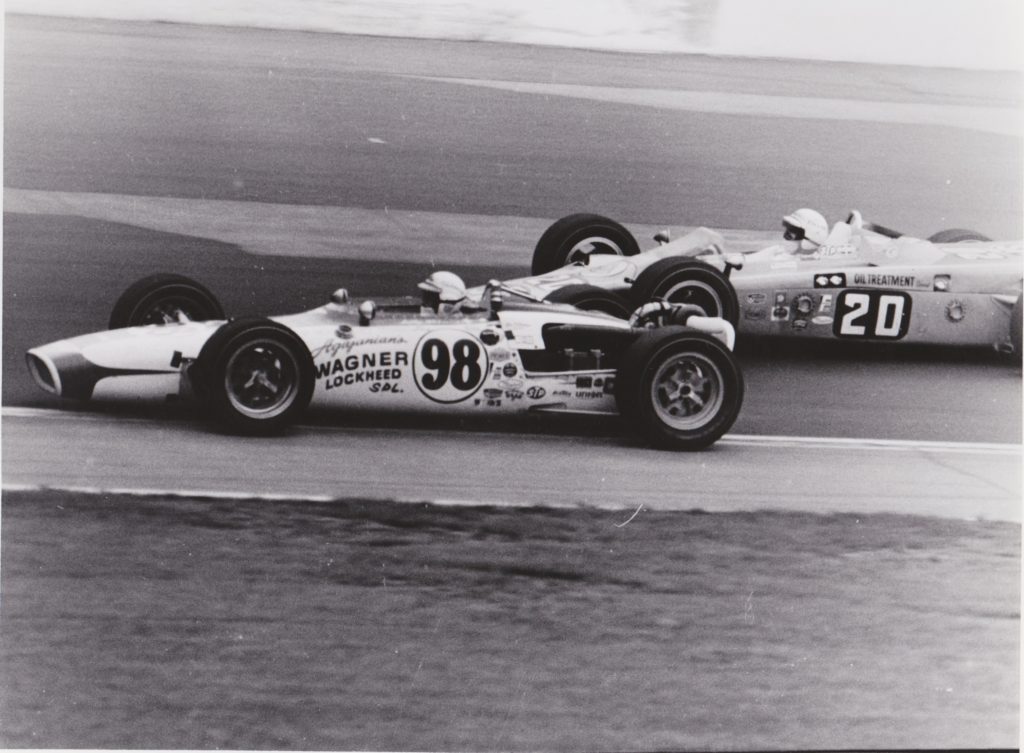 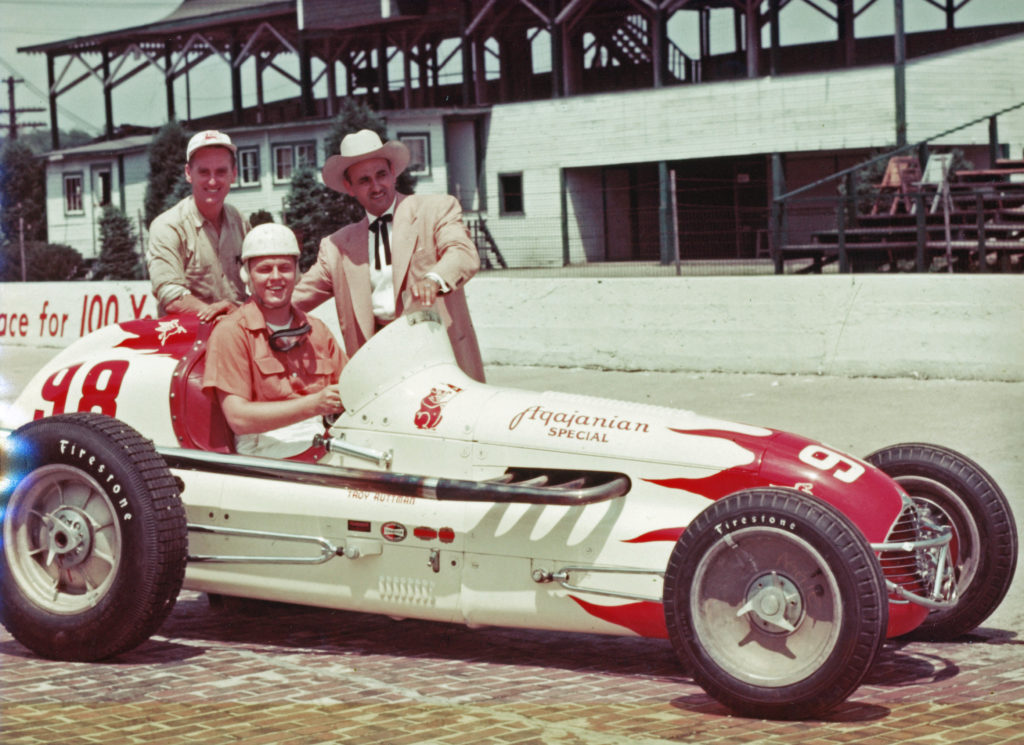 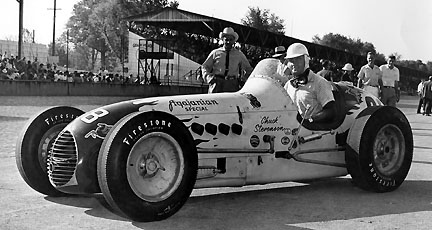